skip to main | skip to sidebar

Man Down, Man Down Today is the 34 year anniversary of the George Foreman-Muhammad Ali Heavyweight Championship fight better known as the Rumble in the Jungle. It took place on October 30, 1974 in Zaire, Africa. This is considered to be one of the best fights of all time. It was not just a boxing match but a world event. Rumble in the Jungle represents a time when boxing was huge and transcended all issues. It was not about just a fight but it was truly an event. Mayweather-De La Hoya is the closest we have come to having an event in boxing in recent years, but you had to pay $54.95 to see it. Rumble in the Jungle was on regular television and I guarantee more people saw this one fight than probably any other fight. Still to this day this fight is frequently watched on ESPN Classic. Also it was the feature of the documentary movie When We Were Kings. In honor of this major event I have below the 8th round of this historic fight between two legends in Muhammad Ali and George Foreman.

Mosley-Mayorga Are Ready To Fight 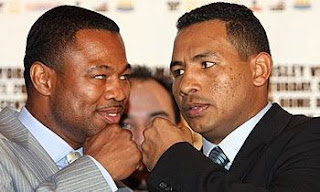 Sugar Shane Mosley and Ricardo Mayorga face off at a press conference to promote their upcoming September 27 fight on HBO. The fight will take place at the Home Depot Center in Carson, California. This fight looks to be pretty interesting and thank goodness it is no longer going to be on PPV.
Posted by #1Pound4Pound at 12:07 PM 6 comments: Joshua Clottey defeated Zab Judah by a unanimous technical decision. The fight went somewhat like most expected. Judah started off quick and Clottey was consistently applying more and more pressure as the fight went on. Judah had blood coming from his mouth, nose, and later a huge cut from over his right eye. He was beginning to look like Miguel Cotto. However, Roberty Byrd said the cut over the right eye of Judah was caused by a headbutt. Byrd is a fair referee, so I am not mad at him for making the mistake. But the cut, which was a nasty one, was caused by a short powerful left uppercut by Clottey. Zab Judah, known to be far from reality, said it was a headbutt too. Then when he watched the replay and it clearly showed it was an uppercut that caused the cut, he had nothing to say for a few seconds. Then tried to say it was a headbutt again like we all had not seen the punch cause the cut. There were no headbutts in this fight. It is true, Clottey had been DQd due to headbutts in a fight against Carlos Baldomir, but last night was not that fight. Judah tried to win the fight instead of just survive, but Clottey was never hurt by Judah. Judah was hurt by Clottey on many occassions. Judah was banged up and bloody, but to let him tell you he was doing great. I feel if Clottey would have made it rougher on Judah, the fight would have been over by the 9th. So now there is this controversy according to the Judah camp. Yoel Judah, Zab's father and trainer, said Zab could have fought on. The ring doctor said Zab said he couldn't see, failed the sight test when he was asked how many fingers do I have up, and then said he couldn't continue. Funny how the stories vary from the fighter to the doctor. I am mad that the fight was stopped due to the fact of a cut caused by a non-existent headbutt and because Zab can't count. For those of you who may remember, when Zab fought Baldomir and was stunned. The doctor went to his corner and told Zab to put his right hand next to his left ear, and he failed that test too. For those of you who may think I am lying see if you can find that video. I personally have it on dvd, but do not have the proper equipment to load it up for you. I will check youtube. Anyway, Judah lost but not the way I had hoped. He showed he still has some great skills but they do not work on a guy like Clottey. Clottey rarely got hit clean because his guard is up high. Clottey puts on lots of pressure and hits extremely hard. Clottey won the fight no matter what Zab Judah lovers try to say. There was no headbutt, it was a clear punch that caused that cut. Judah will fight again because he did enough to do so, but his days are coming to an end. Clottey, hopefully he can get a meaningful fight soon. He called out Berto but did not shy away from any fighter.
Posted by #1Pound4Pound at 10:12 AM 4 comments: For those of you who have been so excited about seeing a Sergio Mora-Vernon Forrest rematch, your wish has come true. For those of you who have been saying the Joel Casamayor-Juan Manuel Marquez fight needs more on the undercard in order for me to buy the PPV, well this could be it. Vernon Forrest strongly enforced his immediate rematch clause against Sergio Mora to the point that it is happening. Now their rematch is going to be on the undercard of the Casamayor-Marquez HBO PPV telecast on September 13. I still do not think this PPV should happen, but the Mora-Forrest rematch may bring in a few more viewers. Mora defeated Forrest by MD in June and Forrest has been pissed ever since. Hopefully for Forrest's sake he can win, but I am not sure I really see much difference in the fight.
Posted by #1Pound4Pound at 6:12 PM 3 comments: Joshua Clottey has promised to destroy Zab Judah in their fight this weekend, and I am personally holding him to that. For those of you who do not know, I do not like Zab Judah. I try to be unbiased in my views when it comes to the fights which I did in the Clottey-Judah preview. However I do not like Judah. So when Clottey says he will destroy Judah, I take that serious. I like Clottey anyway, I think he is a very strong fighter. I know he is going to give his all in the ring every time. I was rooting for him to beat Antonio Margarito, unfortunately he hurt both his hands and could not finish the job. If Clottey destroys Judah, he will pick up the IBF Welterweight title and possibly get a rematch with Margarito. Margarito will be ringside for the Clottey-Judah fight with his eyes set on the winner for his next fight. If Clottey wins, it could set up a very nice rematch between two Welterweight titlists who happen to be very good pressure fighters. So Clottey, I fully expect you to seek and destroy Zab Judah this weekend. You said it and I hope you do it so you can be a man of your word.
Posted by #1Pound4Pound at 5:57 PM 2 comments: The Sugar Shane Mosley-Ricardo Mayorga fight is going to be live on HBO September 27 at the Staples Center in Los Angeles. The fight was moved from October 11. On the undercard will be Andre Berto making his first defense of his WBC Welterweight title against Steve Forbes. Forbes was last seen in May fighting Oscar De La Hoya. Although Forbes lost by UD, he busted De La Hoya a lot more than most expected. Berto tends to beat his opponents down, but not so sure he can do that against Forbes. Forbes has never been knocked down. Berto is only 5'8 1/2 which is better for Forbes who stands 5'7 1/2 but has fought a lot recently with taller guys. The Berto-Forbes fight will open up the telecast and then the Mosley-Mayorga fight will be the main event.

David Haye Is In Heavyweight Shape David Haye has bulked up to 232lbs in his training to be Heavyweight Champion. Haye says he has just started seriously training, but is at a lean 232 lbs with only 12% body fat. Haye is supposed to re-introduce himself to the heavyweight division in November against an opponent to be named at the O2 Arena in London.
Posted by #1Pound4Pound at 5:42 PM 1 comment: Boxing Trainer Billy Graham is retiring. Graham is most known for training Light Welterweight Champion Ricky Hatton. After Hatton lost to Floyd Mayweather Jr. last year, it was rumored Graham was going to be fired. He was not fired then as he trained Hatton for his fight this past May. However speculation continued to arise that Graham was almost gone. Then Hatton's brother, Matthew, went to another trainer. When that happened, speculation grew bigger that Ricky and Graham would not be together anymore. So they had a meeting and Graham said he is retiring from boxing. Ricky Hatton is supposed to be using Graham's assistant Lee Beard to train him for his November 22 fight against Paulie Malignaggi. However word is going around that the next permanent trainer may be no other than Floyd Mayweather Sr. This could be very interesting.
Posted by #1Pound4Pound at 10:17 AM No comments:

Jermain Taylor-Jeff Lacy Is On!!! We all knew the Jeff Lacy retirement was out of anger. We also knew it would not last. So when I heard that the Jermain Taylor-Jeff Lacy fight was on for November 15 on HBO, I was not surprised. This is a big fight for both guys. Taylor, coming off of back-to back losses to Kelly Pavlik, needs this win to get back on the good path. Lacy, who has looked horrible in every fight he has been in since March 3, 2006, needs a meaningful win to advance his dying career. Alas these two former Olympic teammates will meet in the ring in a crossroads fight. Although Taylor has lost two fights in a row, including one by KO, most think he is in way better shape than Lacy. So more than likely Taylor will be the favorite in this fight. Lacy who fought last Wednesday almost got KOd in route to a MD over Epifanio Mendoza. That fight was supposed to be good looking tune-up for Lacy that almost cost him the Taylor. Taylor has not fought or been seen from since his February rematch loss to Kelly Pavlik. Rumors have stated Taylor looked to be pretty heavy, as high as 220's. This fight should be very interesting.
Posted by #1Pound4Pound at 9:40 AM 2 comments:

Lets Not Forget The Past

Was it a headbutt or a punch that caused the cut over Zab Judah's right eye???

Who Should Antonio Margarito Fight Next???

Who Will Win Roy Jones Jr or Joe Calzaghe??? 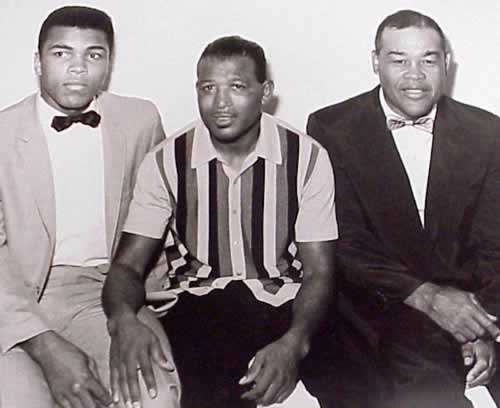 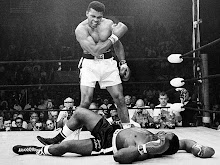 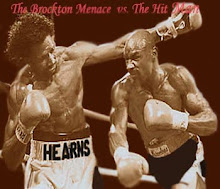 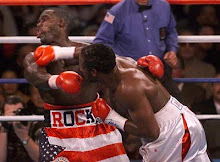 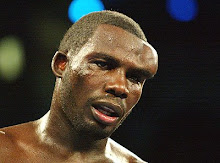 Boxing Is Not Always Pretty

Arturo Gatti after being KOd by Gomez 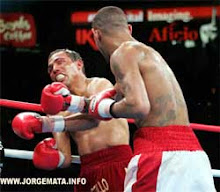 Reminder: Fighters I Watch Hoping They Get Knocked Out